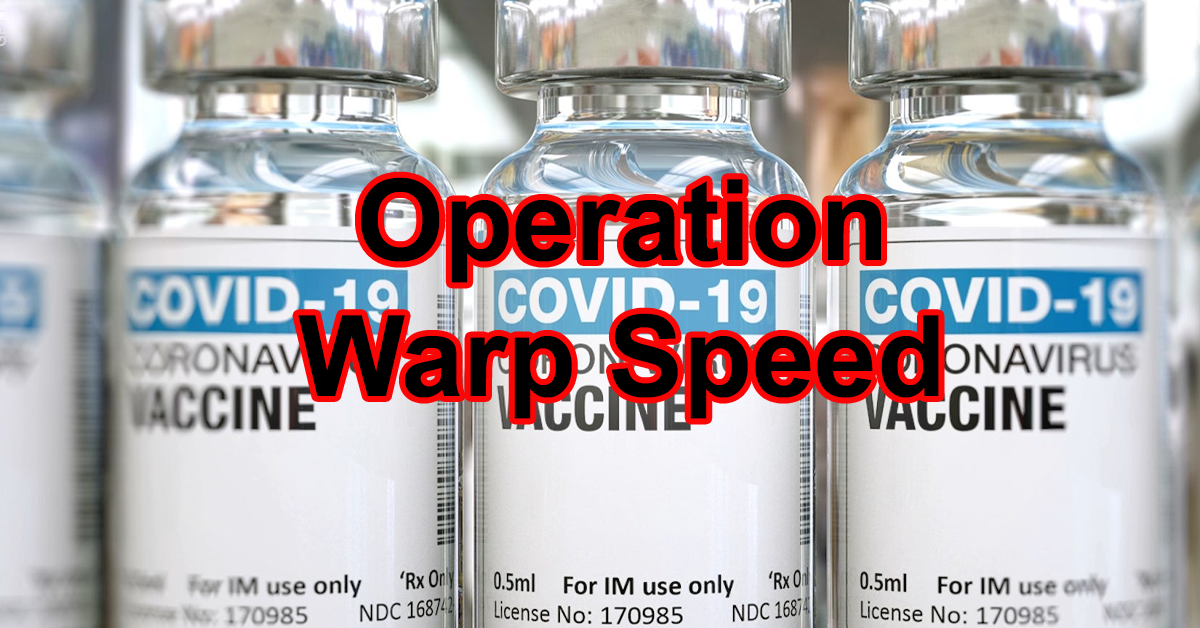 It’s all over the news that Operation Warp Speed did not meet its target of producing, distributing and administering at least 20 million doses prior to the end of 2020.  According to the CDC Data Tracker, 12.4 million doses have been distributed and only 2.8 million administered as of 9:00 AM EST 30 December 2020.  Since this data doesn’t take into account December 30 and December 31, as well as the likely reporting data lags, I’m sure significantly more than 2.8 million does were actually administered prior to us ushering in 2021.  That said, I also tend to believe we are still way short of the planned 20 million.

However, I believe we should focus more on the 12.4 million doses produced and distributed aspect.  It not only tells a better story, but I believe it is the metric that we need to keep the closest watch on.  Yes, we have had glitches in administering the vaccine, but this is simply an artifact of ramping up any herculean effort such as this.  I also believe the rate of vaccine administration will soon significantly exceed that of production and distribution, simply because of the many, many parallel efforts.  Thus, I believe we will soon see a big surge in vaccines being administered; however, it will be short-lived and will slow down once the excess inventory is exhausted.  The vaccine administration will then be driven by how quickly future batches are produced and distributed.

Thus, I admonish the news media to stop obsessing on how much lower 2.8 million is than 20 million.  We can all do the math!  Instead, I would very much like to hear more about current and anticipated vaccine production rates at the Pfizer and Moderna manufacturing sites.  Insight into current production yields should also give us a good sense of opportunity to increase these production rates as the respective manufacturing processes are further fine tuned and perfected.  I strongly believe that the combined production rates is what will actually drive the timeline to cycle through all the priority groups and reach that coveted end state of having the vaccine available to anyone who wants it.

An even bigger overlooked aspect of Warp Speed is the safety and efficacy of the vaccines. With 94+% significantly exceeding the goal of 70% efficacious (FDA’s threshold was originally only 50%) coupled with it causing no known serious side effects in its trial participants, I tend to view the quality of both the Pfizer and Moderna vaccines as far exceeding Warp Speed’s original objectives.  After all, don’t we tend to usually desire quality over quantity?  Well, that’s exactly what Warp Speed delivered!

And now I’m going to rant about a couple more things:

Now to end on a positive note:  I am not only fully confident that Operation Warp Speed successfully produced the vaccines that will soon put an end to this pandemic, but the technologies developed will soon have many more far-reaching benefits.  I’m already hearing rumblings from the medical community that the new mRNA technology might be instrumental in preventing certain types of cancer, the common cold, autoimmune diseases including Multiple Sclerosis/Muscular dystrophy/Type 1 Diabetes, plus a myriad of other ailments.  Thus, as is often the case with other inherently bad situations, I believe goodness will eventually come out of this terrible COVID-19 pandemic, and that we will end up much better off than we were before it started.