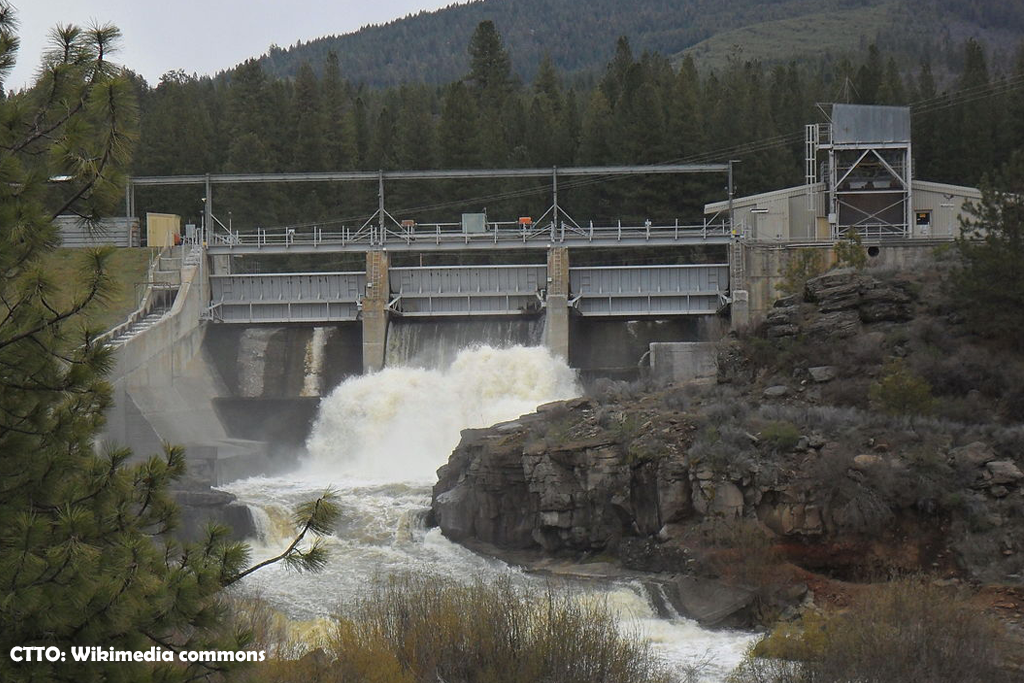 I just read an Associated Press article “Federal report boosts plan to remove 4 dams on Calif river” in Yahoo News that says the Federal Government is pushing to close four dams in the Klamath River Hydroelectric Project that produce hydroelectric power along the Klamath River.  These dams are as follows:

The reason for closure is the adverse impact the Klamath River Hydroelectric Project has had on the salmon population, which is now being aggravated by warmer weather/higher water temperatures.  To me, this situation underscores the importance of maintaining the right balance between meeting our needs and the environmental impact of our actions.

In general, I like clean energy, especially hydro, as it is 100% clean and cheap electricity, and the dams often serve other purposes including recreation (e.g., Lake Mead) and flood control.  Normally, I’d say we should keep all 4 of these Klamath River dams intact and generating electric power.

However, they are very old, inefficient and in need of maintenance if the plan is to sustain them over the long term. Plus, I do empathize with the local fishermen and women.  IOW, if there would be a good way to keep these 4 hydropower facilities going, then I’d be all in on that.  However, based on my limited knowledge of this particular situation, I don’t see the business case for that right now.

The Right Move but the Wrong Time

As I stated earlier and to the article’s main point, I believe closing these 4 hydro power facilities and demolishing the 4 dams is the right thing to do.

However, I strongly believe the timing is absolutely terrible!  Here’s why:

1) The CA/Western USA power grid is strained as it is, especially with the reduction of fossil fuels and the proliferation of EVs. We need all the electric power we can get, and we need it now!

2) Hydro power is already constrained/reduced due to the drought, especially at the Hoover Dam site.

3) Energy costs have gone nonlinear, especially here in California.  And it’s hurting CA businesses and residents. It is also a key driver of inflation. Hydro power is cheap. Hence, any effort to reduce it is counterproductive to our ongoing battle against inflation.

4) Whether the environmentalists like it or not, less hydro power currently translates to more fossil fuel-generated electric power. This could easily include increasing coal usage, which is the worst of greenhouse gas fuels.

5) With the big push to reduce greenhouse gases and replace combustion engine cars with EVs, we will need more grid power going forward, not less.  And we’re already behind the 8 ball in meeting grid power demand.

In my reaction to that scenario, I can only hear the words of tough love from our dear Dr. Phil: “And how’s that workin’ for ya?”

Rest Assured, The Time Will Come

Meanwhile, over the next several years, I am fully confident that solar, wind, and other clean energy will ramp up significantly and to the point that we can start to curtail the use of expensive and dirty fossil fuels. As this trend ensues and energy costs consequently come down, we should eventually be in a good position to close these hydro facilities and help the salmon fishers continue to enhance our food supply.

But to close them now? I just don’t see the urgency. Can’t we just wait a few years for a more opportune time that would avoid or minimize these unintended consequences?  Since these dams have been in place for at least 60 years, I see very little downside in waiting just another 5-10 years to shut down and demolish them.

What do you think?

Next post Should I Get the New Coronavirus/Omicron Boost?  Yes, and Timing is Everything