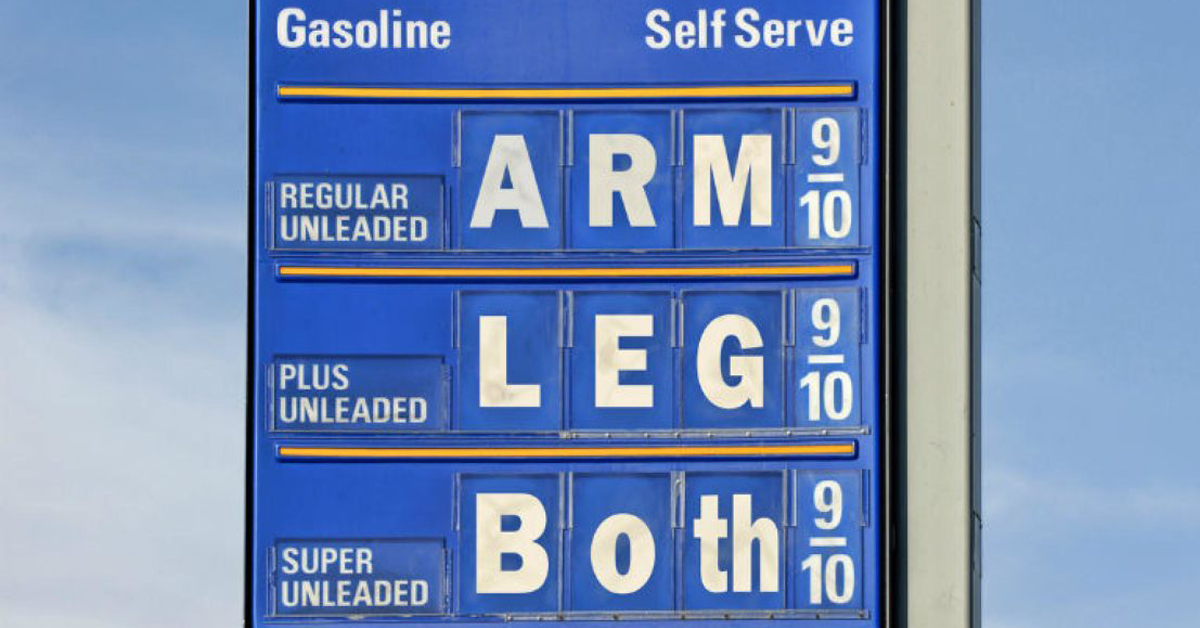 It seems that not a day goes by without at least one article on today’s high oil and gasoline prices – almost as though each has its own root cause theory and its own solution.  My attempt here is to present the facts on what’s really happening (to the best of my understanding) and suggest some solutions that I believe are credible.

What made gasoline so expensive?

Following are what I see to be the salient points:

With the exception of #6 above, I believe these issues will eventually resolve over time, thereby aligning supply with demand, which should help bring prices back down.

The US seems to be making some progress in increasing its crude oil production, plus the we’re releasing one million barrels per day to supplement production.  However, it is still insufficient to meet demand, both domestically and world-wide.  As mentioned in my earlier post “Why Is Inflation So High and When Will It Subside?”, I believe #6 above is currently holding our oil companies back.  I know that, if I was an oil company CEO, I’d be very hesitant to invest in producing more of a commodity that multiple governments are pushing hard to phase out.

Meanwhile, US refineries are already operating at 100% capacity, and I see the same/similar issues/challenges that drillers/producers are currently faced with in investing to increase production.

Another significant layer of complexity lies within the fact that there are at least six (6) grades of crude oil, and different refineries are set up to process different grades.  These grades are based on density and sulfur content.  These grades are light/sweet, light/sour, medium/sweet, medium/sour, heavy/sweet, and heavy/sour.  Light/sweet is the most pure and heavy/sour is the least pure (“dirtiest”).  “Light” oil has a lower density and viscosity, and “sweet” contains less sulfur.

The lighter/sweeter grades come mainly from the US and Malaysia and the heavy/more sour grades come from Mexico, Saudi Arabia (world’s largest exporter) and other OPEC countries.  The following chart from the U.S. Energy Information Administration indicates where most crude oils come from and the types in those areas.  Although not listed, Russia produces mainly the heaver/more sour grades.

Due to our history of importing the heavier/dirtier oil from the OPEC and various other countries, the majority of our refining capability is set up to process these heavier/dirtier grades, yet we’re producing more of the lighter/sweeter grades.  This situation has led to an interesting and unintended consequence:  We are exporting a significant amount of what we produce to countries that are set up to refine our lighter/sweeter grades.  According to the recent Reuters article, “Oil from U.S. reserves sent overseas as gasoline prices stay high“), we exported more than 5 million barrels that we are pulling from our own Strategic Oil Reserves to Europe and Asia last month.  At the same time, we are still importing the dirtier grades so as to keep all our refineries running at maximum capacity.

I believe this also helps explain why gasoline prices are so out-of-proportion to the price of crude, as much of it appears to be a refinement problem.

How Should We Resolve These Problems?

I believe we need to start with two things:

#1 above should enable us to use more of our own oil and import less.  This should not be difficult, as Europe and other countries have no problem refining the light/sweet grades that we export to them.  It also requires less equipment and steps in the refinement process.  Furthermore, light/sweet crude yields more diesel fuel and gasoline than heavy/sour crude.

#2 above would at least help increase the world supply and help offset the reductions due to the sanctions on Russian oil.

However, both #1 and #2 require a significant investment.  This is where #3 above comes in.  We need to help the business case for the oil companies to do this, not hinder it.  I know it is counterproductive to our efforts to curtail global warming/climate change.  That’s why I’m recommending it only as an interim measure until we get affordable/clean/renewable energy online and available to most people.  I believe this approach also represents a good balance between being good environmental stewards and being good stewards of our economy and the livelihood of our people.  It also helps our allies, including Europe.

Meanwhile, we need gas to run our cars. EVs are expensive to buy and own. Oil is inflationary and Russia knows that, if it cuts its oil production, it can obtain more money for the amount of oil it sells. In addition, hindering US oil production and refinement hurts the US and Europe and strengthens China, Russia and other enemies of the US.  Isn’t this the opposite of what we’re trying to do from a geopolitical standpoint?

I believe that these three things would solve the majority of the problem.  The ongoing market instability caused by recent geopolitical issues, etc. would probably continue to have an effect.  However, I believe it would be to a much lesser and more manageable extent.

Anticipated Scenario If We Implement These Solutions

Here’s the scenario I can foresee playing out, at least to some extent:

1) Russia, in conjunction with OPEC/OPEC+, would continue to meet nearly all of India’s and China’s needs.

2) The US would ramp up production to meet our current demands and, in conjunction with OPEC/OPEC+, part of Europe’s, as a partial backfill to the Russian oil that they have stopped importing.

3) The US, by adding significant refinement capability to process light/sweet crude, would be able to process much more of its own oil, which I believe would put downward pressure on prices, or at least make us less susceptible to the gyrations in the world market.

So, how would this affect the overall price of oil?  I’m not close enough to this industry to formulate a sound forecast.  However, if we (the USA) would continue to step up production and right size our refinement capability to align with demand and the grades of oil we produce, I could envision a somewhat price-neutral outcome, or perhaps lower prices.  We have plenty of natural resources with which to accomplish this.  We just need to get the anti-fossil lobby to back off and the government to back off on its constraints until the situation is under control, and we have more affordable clean/renewable energy available to the masses.

If you agree with my logic, please remember this important subject (important because energy prices are key inflation drivers) come November.