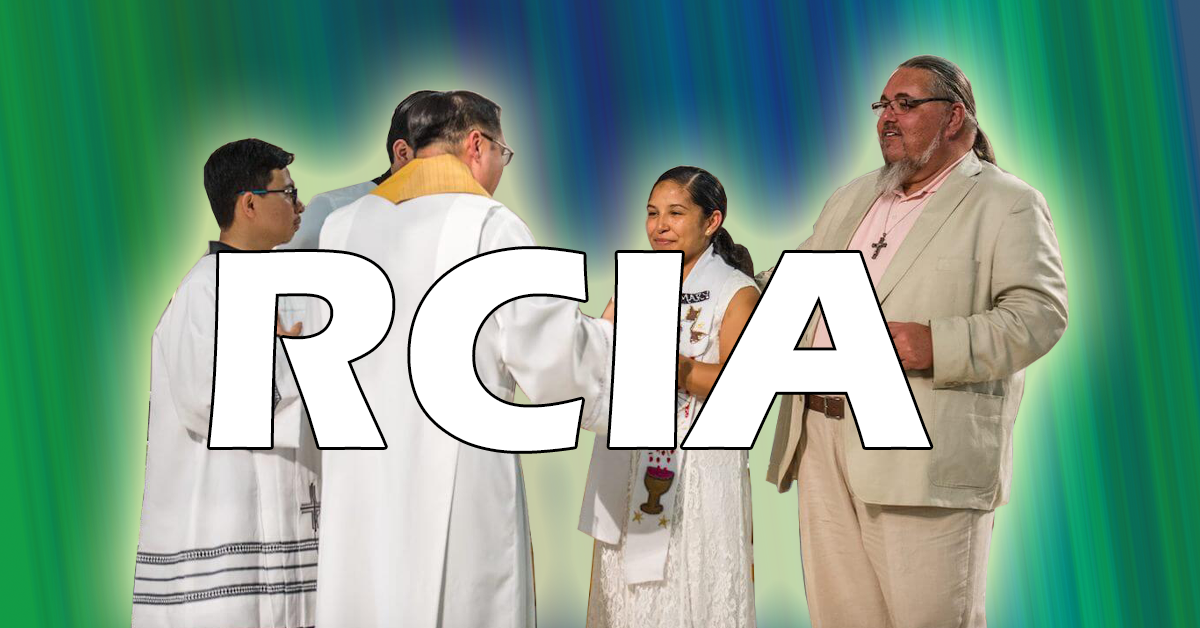 My name is Glenn, and, as most of you know, I am one of your volunteers here at Holy Family Catholic Church in Artesia, CA.  However, you may not be aware of the reason I am here at the podium:  that I am also the sponsor of Tom Drury in his faith journey through the Rite of Christian Initiation for Adults (RCIA) Education Program.

Tom is also part of the Ministry Of Hospitality, and, as his sponsor, I am deeply moved by his unwavering faith in our Lord Jesus Christ.

When I introduced him to Catholicism, I never thought that he would be this active in the church activities.  At first, I thought I would have a hard time convincing him to become a Catholic since he was a Protestant and confirmed Methodist.

It was the Lenten season of 2011 when I had him join me to do the way of the cross and, to my surprise, he even participated.  And, from there, his curiosity to learn more about the Catholic faith started to grow.

At first, it was really hard for me to explain so many things to him about Catholicism – about the saints, the prayers, the rosary and, most of all, about Mother Mary.

Then came one day, he told me that he went to Tito Rudy Perpinan (Holy Family RCIA Director) and talked to him about his interest in knowing all about the Catholic Church.  He was then introduced to RCIA, and the rest is history.

But there is one thing I have noticed about him:  Through RCIA, he learned so many things about Catholicism that I myself, who was born, raised and even went to a Catholic school, had forgotten or was even unaware of.

RCIA gave Tom the full knowledge and wisdom about our Catholic faith.  Although I knew him as very religious, the RCIA process strengthened his foundation when it comes to our Lord Jesus Christ and now with Mother Mary.

Although he does not debate about what he learned from RCIA, he showed me that a person does not have to convert from one denomination to another just to be more righteous and be closer to the Lord.  But he certainly taught me that religion is just a religion, and a denomination is just a denomination.  And without the underlying faith, it’s all worthless.

Lastly, I have noticed a big change in his life perspectives.  Hearing from him about his plan to be more involved with the church and his anticipation of serving and teaching catechism and religious education is very moving…

He has always been generous and caring, but now, RCIA did not just double this trait.  It multiplied greatly, and he became more conscious and aware of our brothers’ and sisters’ needs.

What’s funny about him now is that, in all our conversations about Catholicism…   now I am the one learning from him.

Now I remember one time during father Raymond’s homily:  “Do not expect to save a thousand souls, but to have at least one who is willing to be saved is already a great achievement in the eye of the Lord.”

I also want to take this opportunity to thank Tito Rudy and Tita Mila Perpinan and the RCIA Staff for molding Catechumens and Candidates to become the new breed of Catholics such as my very good friend Thomas Drury.

Thank you for listening and God Bless you all.