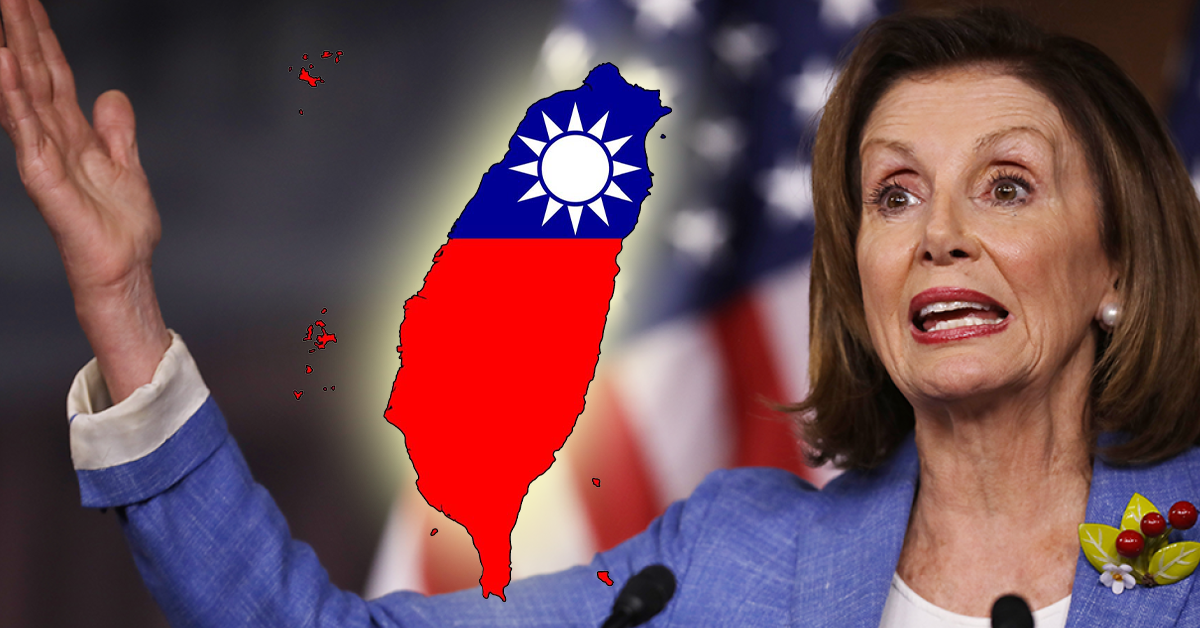 On August 2, 2022, Nancy Pelosi, Speaker of the US House of Representatives visited Taiwan.  It was part of an overarching multi-destination trip to Asia that also included visits to Singapore, Malaysia, South Korea, and Japan.  As I understand, Taiwan wasn’t in the original agenda/itinerary for this particular trip, presumably due to prior push-back from Chinese president Xi Jinping when the subject was first broached.  His response to Pelosi’s prospective trip was rather terse:  Jinping stated that China will take “strong and resolute measures to safeguard its sovereignty and territorial integrity.”  The US Military and the White House also expressed their reservations as well, although no one in the Executive Branch explicitly told Pelosi not to go.  Regardless, she proceeded with the trip.

The significance of this visit is underscored by the fact that it is the first time the US House Speaker – or any US official of equal or greater authority – has visited Taiwan in over 25 years.  The last visit was by the then US House Speaker Newt Gingrich (R-Georgia) in 1997.  According to a recent CBS News Video, prior to her trip, Pelosi stated that China doesn’t have a right to dictate which US Official or World Diplomat visits Taiwan, which is true.

During her visit, Pelosi affirmed that the US will absolutely stand by Taiwan in defending its democracy and that the US will always honor this commitment.  However, according to the same CBS News video, she also seemed to antagonize Jinping by saying that he has his own insecurities “about his current political situation in China that are causing him to saber-rattle”.  Apparently, the Biden Administration shares this view and that is actually why they are distancing themselves from Pelosi’s visit to Taiwan.  It appears they have a well-founded concern that, because of dynamics Jinping is experiencing within the borders of Mainland China, now is not a good time for such a visit.

As anticipated, Pelosi’s visit was very well-received by the Taiwanese but not at all by the Chinese.  In fact, China immediately commenced miliary training exercises in the predominantly international waters surrounding Taiwan on August 2nd. Apparently, these exercises will continue through August 7th.  This, in itself, should not pose a problem; however, it might interfere with commercial shipping to/from some Taiwanese ports.  China had also imposed some mild sanctions against Taiwan, including a boycott of prepared food (e.g., baked goods) from Taiwan.  Meanwhile, major commerce, including semiconductor chips, remains intact as of the time of this writing.  Thus, thankfully, so far, the Chinese response appears to be more show than substance; however, I’m sure this isn’t helping Taiwan nor Biden’s efforts to maintain positive diplomatic ties with China and address other ongoing issues.

As mentioned earlier, the Biden Administration did not officially support the visit for the aforementioned reasons.  In fact, Biden himself told reporters on July 20 “The military thinks it’s not a good idea right now”.  However, neither President Biden, his Secretary of State, Antony Blinken, nor other White House official specifically told her not to go.  In fact, Blinken stated “That is entirely her decision, and one that we respect one way or the other” – a key declaration of the Administration’s neutrality toward Pelosi’s visit to Taiwan.  I believe much of this is an acknowledgement of the separation of power between the Executive and Legislative branches in terms of foreign affairs.

Also, according to Wikipedia, Pelosi declared that the visit “in no way contradicts longstanding United States policy, guided by the Taiwan Relations Act of 1979, U.S.-China Joint Communiques and the Six Assurances.”  This statement was buttressed by White House Coordinator for Strategic Communications at the National Security Council, John Kirby:  “The Speaker’s visit is totally consistent with our longstanding “One China” policy. We’ve been very clear that nothing has changed about our “One China” policy, which is guided, of course, by the Taiwan Relations Act, the Three Joint U.S.-PRC Communiqués, and the Six Assurances.”

Thus, although there was a lack of consensus amongst some key government officials, it definitely appears that Nancy Pelosi acted within her purview.  However, the question remains: Was it really the right thing to do?

I’ll cut right to the chase.  I believe Pelosi’s visit to Taiwan was ill-timed and that she should have not planned nor included Taiwan in this particular tour of Asia.

I see multiple benefits of having the US House Speaker/other high-ranking US Government Official visit Taiwan.  It reinforces our support for Taiwan and its democracy.  It also makes our position unequivocally clear to the rest of the world that we will always boldly stand behind democracy and the sovereignty of every nation (not quite true with Taiwan – see the below explanation) – a great strategy and practice!

However, I believe this was terrible timing from a tactical standpoint.  As mentioned earlier, Chinese President Xi Jinping has his hands full with his own internal issues.  He has lost the support of many of his own people due to China’s draconian “Zero COVID” policy.  Not only did multitudes object to the strict, prolonged lockdowns, but it also had significant unintended impact on their economy.  Hence, his people are currently very upset with him, and I believe he now has the monumental task of reestablishing his credibility with this own people.  I believe we aggravated this situation by backing him into a corner with our defying his expressed desires to have us not visit Taiwan.  Now, it appears his only choice is to saber-rattle in order to assert/reestablish his authority and relevance to his people and to the world.  I believe Pelosi’s visit was counterproductive by putting him in that position.

I also fear significant immediate and perhaps long-term consequences for Taiwan.  Now that we “poked the bear”, I’m afraid Taiwan is now the likely the main outlet of both the Chinese government’s and the Chinese people’s frustrations with the current state of Mainland China.  In fact, as indicated in a recent Reuters Article, we may have actually helped Xi Jinping by revectoring the wrath/frustrations of his people principally to Taiwan and somewhat to the US.  I just hope this ends well for Taiwan.  I also hope it doesn’t move us closer to a cold war with China.

To you and I, I believe this means that, via our documented de facto diplomatic relations with Taiwan, we are in a sound position to defend its self-governance and democracy, but we are not at all in a position to declare it as a sovereign nation that is completely independent of China.  As you can tell, this is much different from the current situation with Russia and Ukraine and the past situation with Iraq and Kuwait.  Hence, I believe we must be sure to not over-assert our position supporting Taiwan’s self-governance by invoking the word “sovereignty”, as we also recognize them as being part of the PRC.

What Should We Do Going Forward?

I believe we should continue supporting Taiwan while also reassuring China that we aren’t advocating a change in policy nor a change to the current status quo.  Fortunately, we are already communicating this position, as The Biden Administration and Nancy Pelosi herself asserted this stance both before and after her Taiwan visit.

In the meantime, I believe we should continue our ongoing diplomatic discussions with China while we also continue to denounce their ongoing military exercises as unnecessary and counterproductive to everyone’s interests.  Hopefully, this will enable this current drama to come to pass.

Next post Why Are Public Health Experts Mad About The CDC’s New COVID Guidelines?